Technology is in evolution and through that, we have seen an introduction of various terms such as Virtual Reality (VR).

In this case, Virtual reality is the use of computer technology to create a simulated environment. Unlike traditional user interfaces, VR places the user inside an experience.

Instead of viewing a screen in front of them, users are immersed and able to interact with 3D worlds by simulating as many senses as possible, such as vision, hearing, touch, even smell, the computer is transformed into a gatekeeper to this artificial world.

The only limits to near-real VR experiences are the availability of content and cheap computing power.

What’s the difference Between Virtual Reality and Augmented Reality?

Virtual Reality and Augmented Reality are two sides of the same coin.

In Augmented Reality, the computer uses sensors and algorithms to determine the position and orientation of a camera. AR technology then renders the 3D graphics as they would appear from the viewpoint of the camera, superimposing the computer-generated images over a user’s view of the real world.

In Virtual Reality, the computer uses similar sensors and math. However, rather than locating a real camera within a physical environment, the position of the user’s eyes are located within the simulated environment. If the user’s head turns, the graphics react accordingly. Rather than compositing virtual objects and a real scene, VR technology creates a convincing, interactive world for the user.

How Virtual Reality is being used today

Unsurprisingly, the video games industry is one of the largest proponents of Virtual Reality. Support for the Oculus Rift headsets has already been jerry-rigged into games like Skyrim and Grand Theft Auto, but newer games like Elite: Dangerous come with headset support built right in. Many tried-and-true user interface metaphors in gaming have to be adjusted for VR (after all, who wants to have to pick items out of a menu that takes up your entire field of vision?), but the industry has been quick to adapt as the hardware for true Virtual Reality gaming has become more widely available.

Scientific and engineering data visualization has benefited for years from Virtual Reality, although recent innovation in display technology has generated interest in everything from molecular visualization to architecture to weather models.

VR for aviation, medicine, and the military

In aviation, medicine, and the military, Virtual Reality training is an attractive alternative to live training with expensive equipment, dangerous situations, or sensitive technology. Commercial pilots can use realistic cockpits with VR technology in holistic training programs that incorporate virtual flight and live instruction. Surgeons can train with virtual tools and patients, and transfer their virtual skills into the operating room, and studies have already begun to show that such training leads to faster doctors who make fewer mistakes. Police and soldiers are able to conduct virtual raids that avoid putting lives at risk.

Virtual Reality and the treatment of mental illness

Speaking of medicine, the treatment of mental illness, including post-traumatic stress disorder, stands to benefit from the application of Virtual Reality technology to ongoing therapy programs. Whether it’s allowing veterans to confront challenges in a controlled environment, or overcoming phobias in combination with behavioral therapy, VR has a potential beyond gaming, industrial, and marketing applications to help people heal from, reconcile and understand real-world experiences. 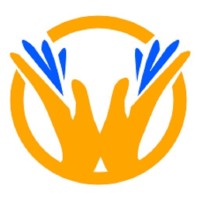 
Sorry! The Author has not filled his profile. Personal Finance How to budget during COVID-19 Health Reasons Why Employees Health Matters to Your Bottom Line How to budget during COVID-19

Reasons Why Employees Health Matters to Your Bottom Line

Tips For Building a Successful Career